The Home of Jack Day and Peter Brehm

Attracted first by the neighborhood and then by the home’s classic Cape Cod architecture, Jack and Peter moved here in 2007.  They’ve since made numerous behind-the-scenes infrastructure improvements and painted all the walls a modern gray and the trim a crisp white. But the home’s solid 1940 construction and “good bones” prevail, and the original oak floors, slate roof, and dormers remain intact.

The couple has furnished their home with the clean, straight lines of the late 19th-century Mission furniture style associated with the American Arts and Crafts movement. Case goods throughout the first floor are Stickley. True to prototypical Gustav Stickley designs, the pieces feature simple lines and broad flat surfaces that accentuate the grain of the cherry wood. A black baby grand piano has a prominent spot in the living room. An Andrew Newman print hangs above the fireplace.

Jack and Peter repainted the kitchen cabinets and added an island to provide extra work space. A small bay window overlooks the garden, which was on the 2019 Beyond the Garden Gates tour.

Christmas decorations are by Bradd Hammond.

Records show that this Victorian wood-frame home was built in 1913 on a road that served as a local truck farm route. In the process of remodeling the attic fifteen years ago, however, Cathy Canning discovered newspapers dated from the 1890s, suggesting the house might be older.

The library bookcase and columns were added by the owner after removing part of a staircase; otherwise, the house’s structure remains largely as it was when purchased. The front parlors, library, and dining room are decorated with traditional furnishings—many of them antiques—along with found objects, family heirlooms, travel keepsakes, and art, all imaginatively arranged. Of note are the collection of Staffordshire dog figurines, antique copper apple butter kettle, and an original Leonetto Cappiello poster advertisement.

Just beyond the kitchen is a screened porch decorated with a fun ‘40s and ‘50s vibe. Cathy says she spends as much time as possible here, gazing out at the large, restful garden that she created years ago and continues to tweak here and there.

Cathy and her mother, Linda Moran, decorated for Christmas.

The Home of Meg and John Menke
130 East Third Street

This is one in a row of fourteen Victorian-style homes constructed circa 1905-1910 by different builders on land once occupied by a Jesuit seminary and chapel. The property extended to East Second Street, where four large single-family houses were built around the same time.

The developer’s covenants called for front lawns—unusual in the historic district—and specified porches with railings and roofs and certain frontage measurements. Interior staircases are located in the same place in all the houses, and many other design elements are identical. Originally rentals, the houses have been primarily owner occupied since the ‘60s and ‘70s.

The Menkes, who also own a farm in Barnesville, bought the home five years ago as a place to enjoy city life and have added artwork sourced locally or by local artists. They call West Third Street “the most fantastic community we’ve ever experienced” and plan eventually to make Number 130 their full-time residence.

Vintage MC has staged the home with mid-century furniture and accessories. Except for the Menkes’ customary antique bicycle on the lawn, Christmas decorations are by Heather Lynn Interiors.

The Home of Susan and Thane Young
121 Record Street

The Youngs had North Carolina on their minds for their next home. But last fall they toured this historic 1840 Federal-style house and realized how attuned it would be to their decorating style. Another draw was that the home had been beautifully restored and maintained. Plus, downtown Frederick reminded them of their Capitol Hill neighborhood, without the congestion.

William Tyler Page, a descendant of the nation’s 10th president and author of America’s Creed, grew up here. However, Eleanor M. Johnson, founder and editor of My Weekly Reader, is the person everyone remembers as a one-time resident.

The Youngs have amassed a collection of French and other European furnishings, art, and accents. While most of the furnishings are formal, the home feels warm and welcoming. A neutral palette allows the eye to rest on details such as an 18th century French tapestry and a statue of Queen Matilda, first wife of Henry I. The previous owners sold several pieces to the Youngs, including an 1830 Welsh dry sink that nestles into the original kitchen fireplace opening like it was made for it.

Susan and Thane have decorated for Christmas.

This 225-year-old house was the childhood home of the famed Barbara Fritchie. Upon her marriage, her father built the attached home for her, and it is from one of that building’s windows that Barbara reputedly waved the Union flag as Confederate troops passed by. Today, the Chaneys operate both homes as Airbnb accommodations.

Hauer House was restored several years ago by a previous owner, who retained the period elements that give it that certain patina. The Chaneys have integrated history with modern features, appointing the five-bedroom home for contemporary comfort and convenience. Timeworn elements include uneven floors, cranky door knobs, and narrow staircases. The remodeled kitchen has an industrial flair. The low-ceilinged cellar preserves its original cooking fireplace, stone and brick walls, and rustic wood beams. Used by one previous owner as an office space, it is now decorated for relaxation.

The Green-Walled Garden Club, which over the years has trimmed many homes for Christmas for the Candlelight House Tour, has applied its talents to the Historic Hauer House.

Built in 1815, this Federal-style brick home features a double-wide façade that once had two front doors. Current owner Alice Hoxie speculates that one entrance opened to the family’s living quarters and the other to the owner’s business. The property was originally part of a farm that was subdivided to create a site for a daughter’s home.

Over the years, the home has been expanded at least twice toward the back. It proudly bears a Frederick County Landmarks Foundation plaque.

Alice downsized from a much larger place on Rockwell Terrace to this home less than a year ago, bringing with her a carefully curated assortment of furniture, art, and accessories that reflects what she calls her “layers of time” approach to interior design.  Many are antiques, although the upholstered pieces are new and chosen for comfort. All the art is original, some predating the age of the house and the rest by family members, friends, or Alice herself. Subway tiles, floating shelves showcasing dinnerware and treasures, and navy cabinets installed by a previous owner give the kitchen charm.

The Home of Sheldon and Susan Gnatt
32 East Third Street

If you’re in front of a circa 1887 Victorian row house with a purple front door and harmonizing Eastlake detail, you’re in the right place. Susan and Sheldon Gnatt specified the period color combination when they recently had the exterior restored. It’s one of several enhancements they’ve made since moving here full-time two-and-a-half years ago, when they sold their weekend home just down East Third and their main residence in Columbia, Maryland.

Inside, the ambience is both chic and easygoing. Furnishings range from contemporary to classic and leather to vintage oak. A wall that appears to be brick and another with a scalloped design that seems three-dimensional are actually temporary wallpaper that can be easily repositioned. Artwork throughout is by Frederick artists or from the couple’s journeys to Italy and Israel.

The kitchen, which reflects Susan’s design choices, is sleek yet functional. Pops of red accent white quartz, ceramic tile, stainless steel, and gray wood finishes. A decision to knock out a wall between the back staircase and kitchen brings natural light farther into the home.

SimpLIVEfy, a Frederick design firm, has decorated to reflect the Gnatts’ Jewish culture.

The Home of Kathryn and Josh Stella
221 South Market Street

This impressive 1868 rowhouse exhibits characteristics of the Victorian era of American architecture and the Queen Anne style of the same period. A commanding second-story bay extends over the sidewalk, providing a panoramic view of the street, while an imposing first-floor arched window brings natural light into the parlor. Chestnut is used extensively throughout.

When the house came on the market in 2018, Kathryn and Josh Stella owned a home in Shepherdstown but worked in Frederick and stayed in a nearby rental during the week. Having fallen hard for downtown’s charms and ready to quit the commute, they sold their Shepherdstown property and moved here last fall.

With the exception of two Persian rugs, their existing antique furnishings and family heirlooms fit the home seamlessly. Equally at home are the couple’s art and accessories collections, which include Kathryn’s own fiber and mixed-media works and an Indian screen that was set dressing in the 2001 spy film “The Tailor of Panama.” The Stellas modified the already renovated kitchen to make it more chef-friendly for Josh.

Kathryn has decorated for Christmas with holly, ivy, magnolia, and other greenery.

For more information on The Holidays contact Jen Martin, Office of Special Events at [email protected]. 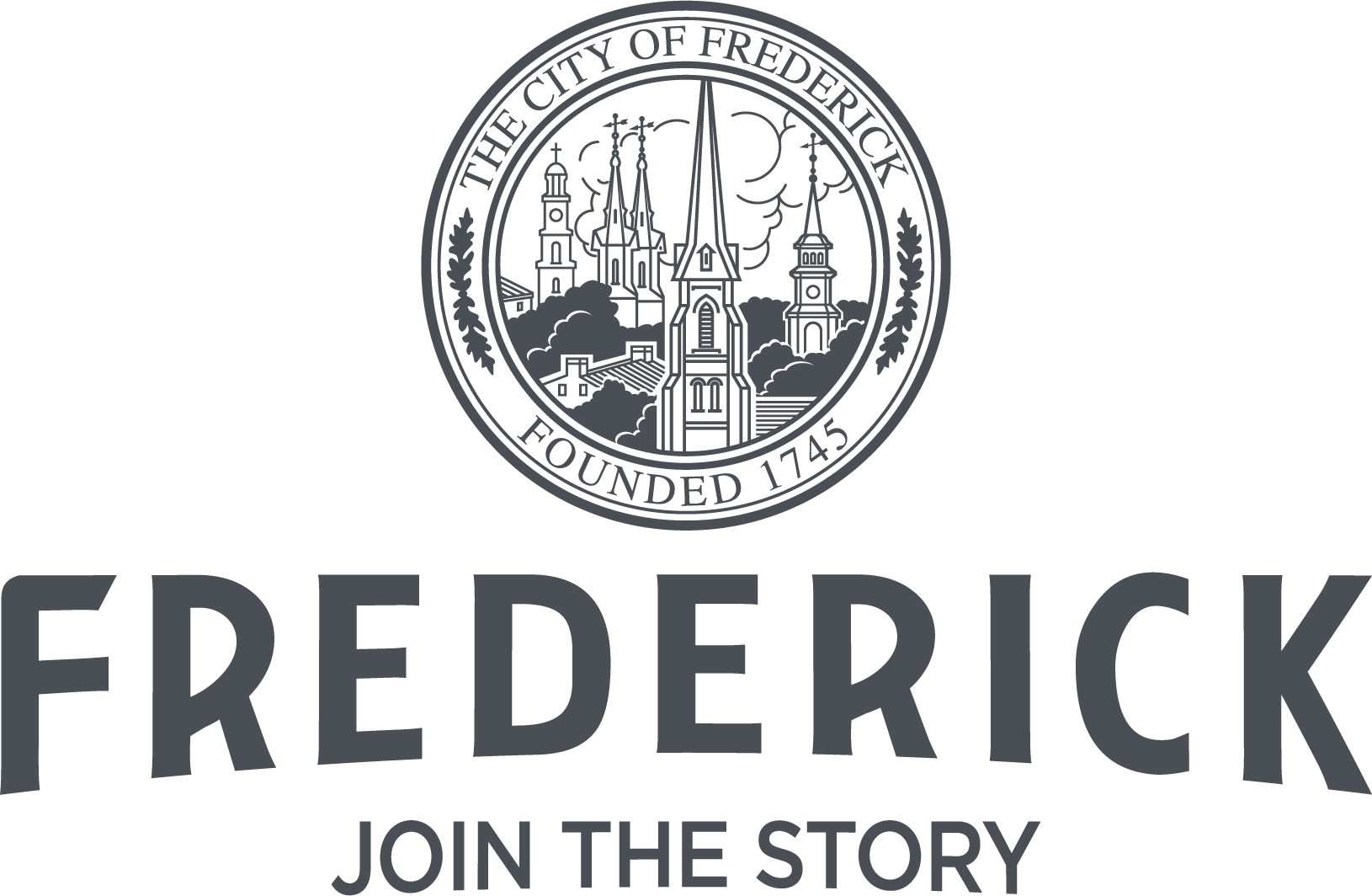